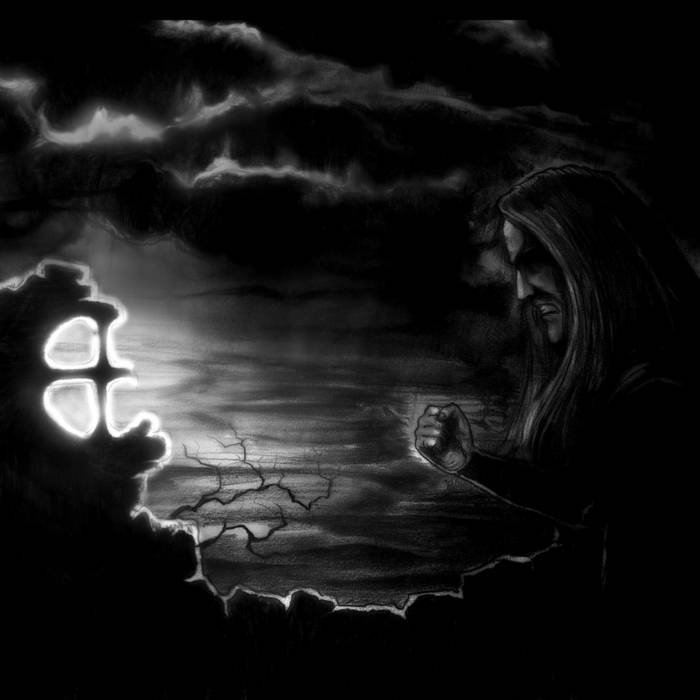 Featuring cult names from the harsh Finnish wasteland, this split showcases two unique but compatible strains of bleak, raw Black Metal. Seven immense offerings (four from HORNA and three from BEHEXEN) clock in at over 40 minutes, crawling into the darkest recesses of the mind and inflicting a plague of scathing sickness. Emerging from an otherworldly abyss to serenade, enchant and ensnare, the music remains precisely as it was two years ago - but artwork has been upgraded to include select lyrical extracts. HORNA’s scornful, charismatic muse is bitter and caustic, reeking of immeasurable malice and wholesome wrath. Attaining an equally eerie state of grim majesty, misanthropic blood brothers BEHEXEN emit three epic, menacing anthems of swirling, ritualistic blackness – fierce yet richly textured and ambient. The clandestine art of both entities materialises mysteriously through impenetrable darkness, curling a tenebrous hand around your soul, extinguishing all light therein. This corrosive coalition never received the distribution it richly deserves when originally released by Canadian label Autistiartili Records in 2004 and now Debemur Morti Productions aims to right that wrong. HORNA / BEHEXEN is a pact made in Hell; surrender to the gathering darkness.

Bandcamp Daily  your guide to the world of Bandcamp

Featuring Oakland sounds from the Smart Bomb collective and Samplelov.